Yikes my son finally goes to kindergarten! All of sudden i felt a mature feeling blasted in my inner self! No wonder my grey hairs are popping out like mad! Since early of 2010, i've been scouting the right kindie for Iman.  As a mom i wanted the best for him, i'm sure all mothers have the same feeling.  Bunch of kindies scattered around my areas namely Qdees, Krista, Montessori, Eduwis, Little Caliph, Atfal Kids, ISKL, Unikids. I was in dilemma to find the right one for him.  I wanted a place where he's comfortable.  Spacious and clean for my son.  Proper education system and not solely depends on TV or PC.  I wanted my son to have interaction.  I wanted him to have friends from various races and background. Iman needs to socialize and build his confidence before he enters the primary school.


I like Qdees in Bukit Antarabangsa, the place looks good, colorful but i was told Qdees teaching method uses quite a lot of PC based which i don't prefer.  Iman can have his hands on pc anytime in the house.  So first choice out.  Whilst Krista, my friend said okay but the teachers are always changing. Eduwis was rather small so the place look cramped.  Little Caliph, not bad but i was thinking definitely its going to be 100% Malay so that doesn't meet my requirement.  Don't get me wrong its not that i don't want my son to be around his own race i just felt it was really important for him to broaden his views about different kind of people. Later in school, he'll be socializing more with his own kind.


I love Montessori teaching so when i check out UniKidcity at Sering Ukay, the fees was like RM650 for half day school.  Macam nak bayar harga Myvi mak aku.  A bit pricy for me but takpe laa yang nak bayar is my hubby.  Went back and talk to my darling hubby.  Green light given.  Great! Macam dah confirmed!  Then i had a conversation with my friend who send her kids to Tadika Kemas je and she said "as long as my children can read, count and mingle, its good enough for me".  Now that makes my eyes blinked!  Betul jugak and her fees was like RM30!!!  Later I had a conversation with my dear mom who is actually an ex teacher.  She said "if you don't plan to send your kids to International school then a good and reasonable kindie would do just fine because once they entered school, English speaking cair macam sungai pun boleh jadi macam lumpur!" heheheh.  So points taken Mak.


Finally i found this place TIC Junior @ Tadika Mekar Ilmu which is really spacious, 2 semi-detached house combined. Classes were properly ventilated, air-conditioned and cozy.  Mostly are elderly teachers ranging 40's above which makes me more confident and comfortable to send my son.  Plus the teachers are friendly!  In December 2010, TIC Junior offered summer camp@school holiday programme for a duration of 5 days for a period of 3hours.  So i sent Iman to the program hoping he can mingle around and would not cry on his first day of school.  The output was excellent.  During that 5 days, i can see they did a lot of science project and i could see how creative the teachers are.  Itu yang buat i picked this place!


Registration was given clear and precise.  Dah siap ada schedule for daily classes, yearly schedule, everyday's menu for one whole month, car sticker and many more.  Teaching series they're using Peter and Jane from Ladybird series for English, Bacalah Anakku for BM.  Makanan pun confirm halal.  Ada swimming classes, gym classes, science classes, tae kwando class, computer studies and etc.  There'll be about 15-16 students per class.  And the price was reasonable.  What more could i ask???


So Iman, mummy dah picked hopefully the most suitable one for you.  The rest of the journey lies on your shoulder.  Do well sayang. 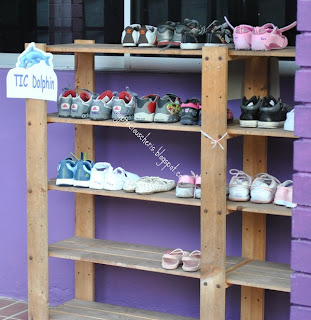 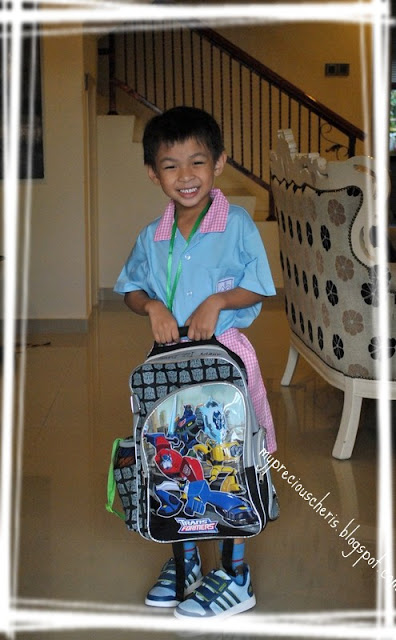 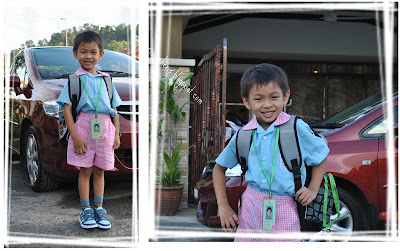 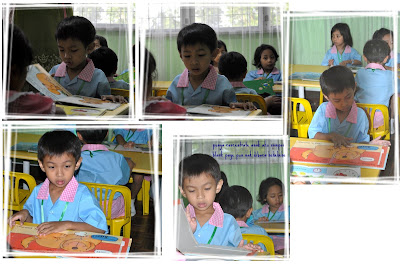 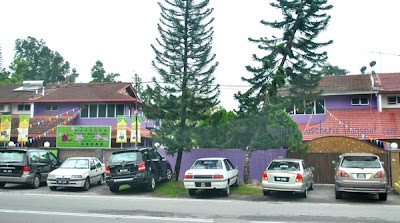 TIC Junior, besarkan, its like a big bungalow.
Posted by  Nasha at 8:13 AM

Email ThisBlogThis!Share to TwitterShare to FacebookShare to Pinterest
Labels: growing up

You Want To Find?

Food For My Brain

I Drop By At