Have you watch? An overwhelming story.  How poverty could affect/change lives.  I felt the movie was done with wit and grit to spare. I think the last 'dance' part spoils the movie.

A Mumbai teen who grew up in the slums, becomes a contestant on the Indian version of "Who Wants To Be A Millionaire?" He is arrested under suspicion of cheating, and while being interrogated, events from his life history are shown which explain why he knows the answers.

Its actually based on a novel Q&A, by Vikas Swarup, an indian diplomat who did a service for telling the truth about his own country with great warmth and humanity.


There's one part in this movie which i can't take is when a boy's eyes was brutally blinded by a ruthless human.  They picked homeless kids at the dump site, feed them well and train them to become beggars.  When the 'beggar kid' perform well, they start to amputate his organs to get more money.


When i see this part, i imagine those parents who are still in search for their missing child.  This could be the worst scenario for them to image. Sebak and i was really about to puke when i saw this scene. 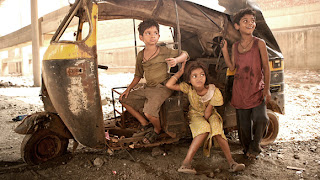 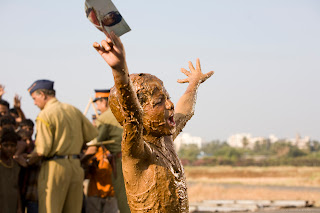 Email ThisBlogThis!Share to TwitterShare to FacebookShare to Pinterest
Labels: Rambling

You Want To Find?

Food For My Brain

I Drop By At